Get fresh music recommendations delivered to your inbox every Friday.
We've updated our Terms of Use. You can review the changes here.

Everything Is Haunted (demo) 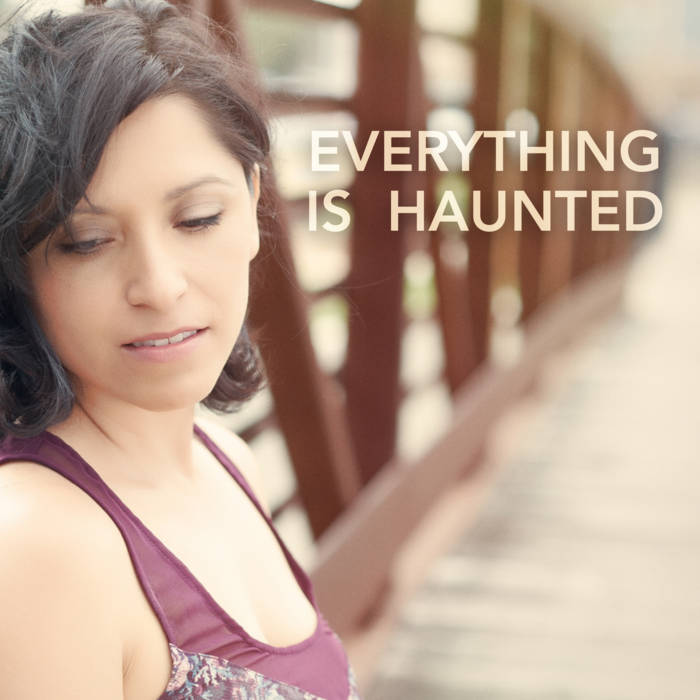 Written back in 2014 and performed at an event for San Antonio Rape Crisis Center. This was the beginning of an unraveling of sorts for me. After many years of silence, I finally told my family about my sexual assault because of a song I'd written because of an interview I'd done. Anyway, it gets weird:

So, I did a radio interview and the interviewer was so incredibly misogynistic that it traumatized me. I felt completely violated from his line of questioning and more so because I felt like I didn't have a choice but to "play along" and "be cool". It broke me and I wasn't exactly sure why but I cried my eyes out afterward.

Later that evening all these emotions surfaced about being molested and harassed at a young age and being drugged and date raped as a young adult. I felt an urgent need to just get it all out and I wrote this song, demo'd it and decided I needed to not only share it but speak publicly about it. But first, I needed to call and let my family know so they wouldn't be blindsided. I'm forever grateful they were so supportive in letting me process the way I needed to.

Then, fast forward a few weeks to the weirdness. I had been asked to perform at the Rape Crisis Center and I shared this song. I believe they may have asked me because they'd heard me perform it on a radio or television morning show. Or, it might have been because it was profiled in a local magazine. I don't remember exactly. A few days later I got a message from a woman who asked to remain anonymous. She said she'd been very concerned for my safety. She'd heard the song and she followed me on social media and saw that I'd done a radio interview recently with a man she knew to be a rapist. Her rapist, in fact. And, yes, that radio interviewer. The one who triggered the song in the first place. She told me to look up his record and, sure enough, I found that he had a record for sexual assault.

This is why I so strongly believe in the idea that we should "believe women" "listen to women", "believe survivors", "listen to survivors". I've dealt with a lot of misogyny in my career but the feeling I got after that radio interview was different. It felt violent and I felt violated and, to anyone listening, it wasn't much different than your garden variety misogyny. He presented as some wannabe Howard Stern shock jock but I felt something darker behind it. This experience taught me how important it is to listen to my intuition and I'm sharing it with you now for two reasons:

2) The trauma reared its ugly head again today when I had to be sedated for a procedure. I was fine until the anesthesiologist walked in and then I burst into tears. I explained that I was an assault survivor, someone who had been drugged and date raped, and the idea of not being in control of my faculties was terrifying. She spoke to the attending anesthesiologist who shared her survivor story with me. She wouldn't let me dismiss my feelings. She listened, empathized and then promised me she'd have my back no matter what. And she did.

Anyway. Here it is.

See that girl, she's got those legs
Better built to run away
Find her half a mile down
Hide and seek then lost then found
I don't want to play around

To rest my head and lay my heart beside
The one who made it safe to close my eyes
The warmest of the waiting arms I've known
Hold out for me, I'm finally coming home